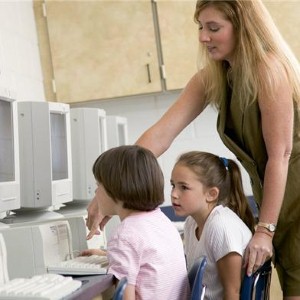 The average age of a typical hacker may be younger than previously thought, or at least it will be if one conference has its way.

The average age of a typical hacker may be younger than previously thought, or at least it will be if one conference has its way.

The Def Con hacking conference, held July 27 in Las Vegas, offered classes to children age eight to 18 to teach them all about hacking and getting around layered security measures.

General Keith Alexander, director of the National Security Agency and head of the U.S. Cyber Command, brought hacker CyFi on stage with him during his address. As it turned out, CyFi is an 11-year-old girl.

CyFi is part of a wave of ever-younger hackers, and the conference’s planners hoped to educate them about all aspects of cybersecurity, from internet law to finding holes in mobile applications, according to Extreme Tech.

The children-centric event, known specifically as Def Con Kids, focused on young white-hat hackers who aim to test their skills exposing weaknesses as opposed to stealing anything, CNN reported.

While the idea of a conference dedicated to teaching children about hacking may seem strange to some, Def Con Kids was sponsored by AT&T and the Defense Department, Extreme Tech reported. Alexander said the event was to prepare a new generation of Americans to be vigilant about cybersecurity, and to be knowledgeable enough to counteract cyber terrorism and other potential threats, according to CNN.

“This is our future,” Alexander said to the conference attendees. “What you’re doing here to help train those folks is absolutely superb, and you should be proud.”

In addition, the children’s conference focused on online identity. In particular, organizers sought to inform participants about the dangers of a past online identity coming back to haunt them later in life.

Do you think it is a good idea to teach children about hacking? How important is it to discuss the ethical and legal side of the internet with kids as young as 8 years old? Leave your comments below to let us know what you think!