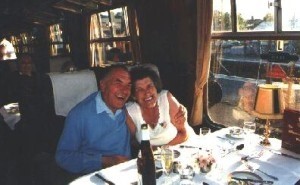 If you’re tired of hearing the phrase, “respect your elders,” it might be because you’re not listening to them as much as you should. A recent survey by ZoneAlarm shows that grandma and grandpa might know a little bit more about online security than you think.

Sixty-three percent of the Generation Y crowd claimed to be more knowledgeable about computer security than baby boomers, but the numbers don’t support that claim. Half of the Gen Y respondents said they had security issues in the past two years, compared with 42 percent of the baby boomers who responded to the survey.

But, before any baby boomers go finger-waggling at those young whipper-snappers, the research points out that the security disparity may also be due to finances. Entry-level jobs, college tuition, rent, buying a new home and other lifestyle situations typical of the current Gen Y population don’t leave as much room in the budget for computer security. The numbers reflect it, as the Gen Y respondents were less likely to have paid for antivirus programs, firewalls or integrated security suites because they see these security solutions as too expensive.

The survey also found that both age groups could be doing more to protect themselves. Although 84 percent of people keep sensitive data such as tax records and financial information stored on their computers, 71 percent don’t follow best security practices – so turn on those firewalls and keep your antivirus software updated!

Can education address the cybersecurity issue?

Contrary to what Pink Floyd says, it appears we do need some education – especially when it comes to cybersecurity. A recent ZDNet article highlighted comments by Phil Hassey, owner of research firm CapioIT, who said cybersecurity education should take an “integrated approach” that covers the ethical and societal impacts of cybersecurity as well as the technological practices to protect users from cyber criminals.

Cybersecurity education is already being done in other countries, such as Singapore. Singapore’s Crescent Girls’ School raises student awareness by highlighting current online dangers, Lee Boon Keng, the school’s chief technology architect, told ZDNet. The curriculum includes teaching students about hacking in the context of how attacks are carried out and how to counter them.

Do you think cybersecurity could fit into the school curriculum? Is it the school’s job to teach young people about online security threats? Let us know in the comments section!