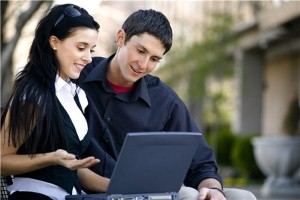 Social lives may be the best way to stop hackers.

As it turns out, all of those stereotypes about hackers being deranged losers living in a basement may be true after all.

New research indicates that most hackers stop engaging in illegal online communities by their early 20s. One of the reasons, according to cyberpsychology expert Grainne Kirwan, is that by that point in life, hackers get girlfriends, jobs and other responsibilities.

“The chances are by the time they turn 18 or 19 they’ll age out, and if they haven’t stopped then, by the time they get married, settle down, and have kids, they won’t have time to do this type of behavior anyway,” Kirwan said to InformationWeek. “As they get older, their moral development gets better, and they don’t have the ability to commit crimes anyway.”

The U.S. Federal Bureau of Investigation has noted in the past the prevalence of younger people involved in hacking. Instead of trying to prosecute minors, InformationWeek writer Mathew Schwartz proposes another solution: have ex-hackers mentor and help deter youth from hacking. Kirwan concurs.

“Putting the two together seems like it would reduce the crime, but the next step is to test that and see if that’s what really happens,” Kirwan said.

She also noted that trends among hackers in terms of age correspond with general crime trends.

“What we know from general criminology research is that offenders age out, and that they tend to age out when they start to settle down, find a significant other, and [other] factors that will reduce the likelihood of their wanting to offend,” Kirwan said to InformationWeek.

Since finding girlfriends, jobs and responsibilities for all hackers is a tough task, you may be better off opting for layered security that protects a computer network from as wide a range of threats as possible.

What do you think about this finding? Be sure to leave a comment below to let us know what you think!