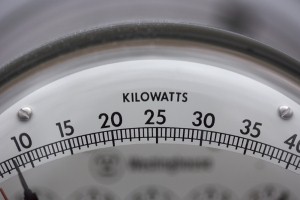 While the smart grid may allow a more intelligent distribution of electricity, it may also expose the entire electricity supply to potential harm if the proper layered security measures are not in place.

While the smart grid may allow a more intelligent distribution of electricity, it may also expose the entire electricity supply to potential harm if the proper layered security measures are not in place. This may be the case with a recent breach, as Chinese-based hackers were recently able to take down a smart grid solution.

The system that Telvent uses to control industrial power systems and pipelines was infected with malware in September, and that allowed hackers to access project files that could provide them insight for future attacks, Greentech Media reported. As a precautionary measure, Telvent has blocked customers from accessing its networks.

Wired compared the recent attack to Stuxnet, the powerful virus made to shut down Iranian-owned centrifuges and steal information from its management computer system. Similarly, the new malware could be targeting the systems of Telvent’s customers.

“An attacker could also use the project files to study a customer’s operations for vulnerabilities in order to design further attacks on critical infrastructure systems,” Kim Zetter wrote in a September 26 Wired article. “Or they could use Telvent’s remote access into customer networks to infiltrate customer control systems.”

So far, the company has been mum on the details of the hack. Telvent said that the computer systems of its customers are safe, but cybersecurity experts told Wired that the hackers could have obtained information from this malware to damage Telvent and its customers’ systems in the future.

The potential fallout from this incident could be dire, as it potentially exposes critical infrastructure to harm from a cyberattack. Hackers can now take down industrial systems or steal sensitive trade secrets thanks to the security hole that now needs to be patched, Wired reported.

Protecting the power grid from cyber threats
As power systems switch over to a smart grid format, it may be making all of us less secure. The U.S. Department of Energy defined the smart grid as new technology that is used to more efficiently deliver electricity over time. While its purpose is to reduce energy use and consumption within the power grid, it presents a massive undertaking for those seeking to protect the electricity supply from hackers and other cybercriminals.

As the Telvent breach proves, companies in charge of infrastructure still need to implement more security measures. At issue though, according to GTM, is the number of user end points and legacy technology that is slowing down needed reforms. For one, considering the sheer size of a country’s infrastructure and protecting all entry points represents a massive undertaking.

In addition, while the smart grid technology can be made more secure, upgrading legacy systems is often a difficult task. Most smart grid work is done on top of previously existing equipment like power lines and pipelines, which are not as adaptable toward cybersecurity threats, GTM reported.

“It’s all part of the process of bringing utilities up to the cybersecurity required in the new age of smart grid,” Jeff St. John wrote in a September 27 GTM article. “Simply put, yesterday’s grid technology was built with the assumption that it would stand apart, in locked industrial sites and control centers, unavailable to outside tampering. But connecting that legacy technology to today’s IT world via the smart grid opens it up to all sorts of hacks.”

At least the recent incident seems to have raised awareness with smart grid technology companies. Telvent has already brought in outside cybersecurity experts, in addition to the steps already undertaken to best protect sensitive customer information. GTM Research has reported that utility IT and cybersecurity spending is expected to go from $120 million in 2011 to more than $237 million by 2015.

Are organizations involved with smart grid technology doing enough to protect critical infrastructure, or do those companies need to implement application control? Leave your comments below to let us know what you think about this issue!