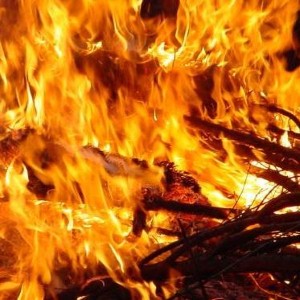 Flame is coming, businesses need to learn how to deal with it and other malware.

Think your small business is slim pickings for a cyber criminal, who will focus only on bigger prizes? Think again. Nowadays, small and medium-sized businesses are increasingly susceptible to attack. And even if small enterprises weren’t the intended target of some high-profile viruses and malware like Flame, SMB owners and IT pros should still pay attention to what’s going on in the computer security realm. InformationWeek recently shared some lessons that small businesses can learn from looking at Flame, a sophisticated piece of malware created to spy on Middle Eastern governments.

The first lesson may be the most disturbing: No security plan is ever foolproof.

“When online crooks target SMBs, either via targeted attacks or indiscriminate malware, they usually do so for two reasons: SMBs have more money than the average individual, and they have less security in place than large enterprises,” the website said. “That can make them easy, profitable targets. The SMB’s job: don’t be an easy mark. Practice good basic security at bare minimum.”

Companies should keep in mind that insidious viruses and malware can fly under the radar. This means a business might not know it’s infected. SMBsshould have security in place to alert them when something bad or unusual is going down on one of their computers or on the network. InformationWeek also said that attacks are getting more sophisticated, so businesses should have a smart response if there comes a point when cyber defense is needed.

Small businesses need to prioritize their important assets online to make sure that the most important files and devices are leak-proof. A damaged reputation for a small business could be huge in terms of lost customer loyalty.

“The fallout from the Flame revelation is just getting started, but it’s safe to say this is a public embarrassment for the affected governments,” the website said. “For SMBs, it’s a reminder that security breaches don’t necessarily need to hit your bank account to be costly.”

SmallBizTechnology said about 60 percent of small businesses end up closing shop after an attack. Talk about scary. Layered security, anyone? How about application control? Could be the difference between success and failure.

For the business owners out there, how do you defend your business? What are your biggest challenges? Does Flame have you fearful? Tell us about it in the comments!