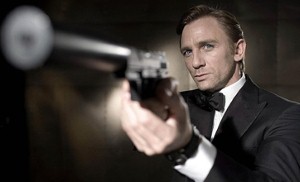 There’s a new James Bond in town, but this one isn’t your typical secret agent.

What pops into your head when you think “spy”? A seductress like Mata Hari? A dashing gentleman like James Bond? The International Man of Mystery Austin Powers? A new spy was recently discovered, but it wasn’t any of these traditional culprits. The new spy is a virus, and it makes one conniving secret agent.

The Flame virus is capable of activating computer microphones, allowing ne’er-do-wells to listen in on conversations. It also logs keystrokes to monitor computer activity and steals data from Bluetooth-enabled mobile devices. Although Flame is currently targeting countries in the Middle East, particularly Iran and Israel, it has some big implications for global cybersecurity due to the nature of virus.

One of the features that makes Flame unique is its adaptability. Alan Woodward, a professor of computing at the University of Surrey in southern England, told ABC News the virus is modular, which means capabilities can be added or removed as needed. Applications can be designed and implemented to work with the virus, much like you’d download an app for your smartphone and have access to that app’s functionality.

Udi Mokady, chief executive of Cyber-Ark, an Israeli developer of information security, highlighted another element that distinguishes Flame from your run-of-the-mill computer virus. It’s complex – and that’s probably an understatement.

“It was 20 times more sophisticated than Stuxnet, with thousands of lines of code that took a large team, ample funding and months, if not years, to develop,” Mokady told ABC. “It’s a live program that communicates back to its master. It asks,`Where should I go? What should I do now?’ It’s really almost like a science fiction movie.”

If Flame is so much more sophisticated than Stuxnet, that raises an obvious question … just how sophisticated was Stuxnet? Well, it was the first computer virus that was designed to cause physical damage, according to a blog post by security consulting company Langner. On September 25, 2010, Stuxnet infected computers at the Bushehr nuclear power plant in Iran. Many power plants had to be shut down in Tehran after a Stuxnet infection was discovered, but not before Stuxnet caused many millions of dollars in damage to plant centrifuges. According to Langner, it can take several months to get rid of Stuxnet.

While we’re hoping that Flame virus isn’t listening in on us, we’d like to hear your thoughts. What do you think about the Flame virus? Could it mark the beginning of cyber weapons being used as the primary method of warfare, given its capabilities?