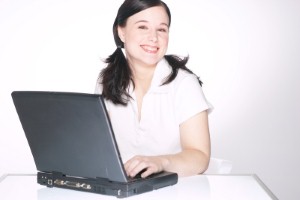 Seated in the suburbs of Seattle, the Lake Washington School District(LWSD) has had a history of supporting progressive technology projects. With Microsoft’s corporate headquarters right down the road in Redmond, school administrators have often benefited from the software giant’s philanthropic support of digital education. The two sides recently came into contact amid unfortunate circumstances, however, as the school district found its network under attack from a notoriously dangerous computer virus.

Spoiled ambitions
In an effort to prepare students for the next generation of digital jobs, LWSD began supplying middle and high school students with laptops for the first time this year. While teachers have already lauded the educational advantages, administrators recently learned a hard lesson regarding risk management.

According to Geekwire, school officials received troubling confirmation that the district’s network had been infected with the Goblin virus. Taking student and administrator machines collectively, as many as 25,000 computers across 50 schools could have come into the crosshairs.

“We knew we were in for a long haul when one of our parents who works at Microsoft told us that the virus was ‘an extremely sophisticated one,’ when he heard the name of the virus,” LWSD spokeswoman Kathryn Reith told the news source.

Threat resolution
The Goblin virus poses dangers far greater than the typical malicious link. It does its damage through a series of executable files to establish a strong foothold in targeted networks. According to Geek.com, the school was forced to recruit five external IT consultants to diagnose and treat the security issues.

While the root cause is still being traced, many believe the mobile access program which allowed students to sign onto district networks from home could be to blame. If students downloaded unapproved games and personal applications onto their loaner machines, the Goblin virus could have easily inserted itself into one of those processes.

Students had been provided with an instruction manual highlighting data and internet security best practices, and antivirus definitions and firewalls were diligently maintained across the LWSD network. However, administrators are now realizing that they may have to go the extra mile and employ stronger application control and malware detection systems over the top.

According to Geek.com, LWSD’s officials may also consider taking a page out of their counterparts’ playbooks and installing the kind of system restore and recovery solutions that have been so effective in classroom settings. Products like Faronics Deep Freeze help administrators lock-in configuration rules so that the original setup holds constant each time a student laptop is restarted. This helps eliminate vulnerabilities that can be created by user errors, malware intrusions or operating system degradation.

As technology becomes more important to the classroom experience, what security precautions do you see taking priority? Let us know what you think in the comments section below!