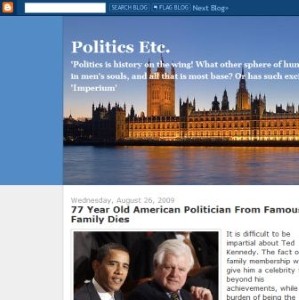 A recent Twitter hacking incident may have a political agenda.

High-profile hacktivist groups like Anonymous and LulzSec may get a lot of media attention, but they’re not the only groups who claim to be hacking for a cause. The English Twitter account for the Arabic news network Al Jazeera was recently compromised by hackers with a political agenda. The Associated Press reported supporters of Syrian President Bashar Assad used the account to tweet pro-Assad links. One of the tweets also claimed the Syrian Electronic Army was behind the attacks.

Al Jazeera’s executive producer James Wright confirmed the news organization had been hacked in a tweet on July 5.

“The Stream social media platforms have been hacked – we are working on it,” Wright wrote. “Please don’t click on any links from the account.”

The Twitter account has since been restored, but the incident does serve as a friendly reminder to be careful of the links you click on, even if they come from a trusted source. Cybercriminals can use similar tactics to spread links to malware-ridden websites.

Anonymous has a new cause

Not wanting to be outdone by other hacktivist groups, Anonymous has announced #OpPedoChat as the latest cause for the group to champion. At least their latest call to action seems to be with good intentions, as the group’s goal is to reduce pedophilia on the internet. In typical Anonymous fashion, the group released a YouTube video detailing actions to be taken against their most recent target.

“Child pornography is frequently traded and even innocent pictures of random children at the beach, on the playground, in their homes are publicly fantasized about,” the video states. “Anonymous aims to diminish, if not eradicate, this plague from the internet.”

The speaker in the video promises that information on pedophiles is being collected and urges the public to put pressure on elected officials to take harsher actions against offenders. According to a recent ZDNet article, information and emails of hundreds of supposed offenders have already been posted and several picture-sharing websites have been taken down.

What do you think about these recent hacktivist actions? Is some hacktivism justified by the cause it fights for or do groups take things too far? Let us know in the comments.