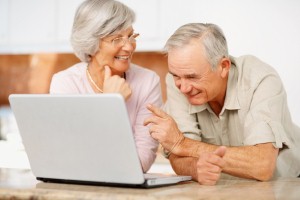 There are a number of ways seniors and their family members can combat cyber crime.

Everyone can benefit from having quality application control measures in place, but that may be especially true of the elderly. A 2010 survey from the Investor Protection Trust found that about 20 percent of all Americans over 65, or about 7.3 million people, had fallen victim to a fraudulent financial scheme.Exacerbating this issue is that not all older people understand how to properly identify bad emails, phishing scams and other potential sources of online fraud, according to a February Forbes article.

“People who grew up in the 1930s, 1940s, and 1950s were generally raised to be polite and trusting,” according to the U.S. Federal Bureau of Investigation. “Con artists exploit these traits, knowing that it is difficult or impossible for these individuals to say ‘no’.”

The Wall Street Journal cited one such example in a 2009 article detailing how one man in his mid-70s wired $23,000 and personal banking information to con artists under the mistaken belief that he was paying taxes on lottery winnings.

However, there are a number of ways seniors and their family members can combat cyber crime. Forbes recommended that friends, neighbors and relatives educate older people about common online scams. The article said red flags to make note of include limited-time offers, debt settlement payment requests and investments with high return rates.

“Most younger adults have enough sense to smell whether something foul is afoot,” the Forbes article said. “Yet we need to spend more time with older folks to lead them away from these rotten transactions. It’s a family and community responsibility.”

Reasons behind elder fraud scams
The FBI’s website lists a number of reasons why seniors are increasingly targeted by online con artists, including their large retirement savings, trusting nature and a desire for products offering a better quality of life. However, some researchers from the University of Iowa may disagree.

Scientists there conducted a survey of seniors who had fallen victim to financial fraud, and found that a diminished part of the brain may be to blame. Older people are more likely to fall victim to cyber crime if they have damage to their ventromedial prefrontal cortex (vmPFC), a part of the brain responsible for controlling doubt and belief, IowaNow reported.

“In our theory, the more effortful process of disbelief (to items initially believed) is mediated by the vmPFC, which, in old age, tends to disproportionately lose structural integrity and associated functionality,” the research team wrote in the journal Frontiers in Neuroscience, according to IowaNow. “Thus, we suggest that vulnerability to misleading information, outright deception and fraud in older adults is the specific result of a deficit in the doubt process that is mediated by the vmPFC.”

What tips would you offer to seniors to help them avoid online schemes to steal financial information? Why do you think online con artists target older people? Leave your comments below to let us know what you think!