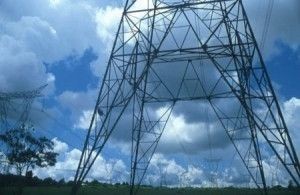 Scam alert! Be careful if someone contacts you claiming the government is providing credits for your utility bills.

A new scam is making its way across the United States, with fraudsters claiming President Obama will pay your utility bills through a new federal program. Customers of utility company FirstEnergy Corp. initially reported the scam, and several other companies have warned their customers about it.

The no-good con artists have been using a variety of tactics to get in touch with their victims, telephone calls and social media included, and they are asking for victims’ Social Security and bank routing numbers. Some customers have also reported being asked to pay a fee to access the bank account that would supposedly pay their utility bills.

If it sounds too good be true …

Whether you’re contacted by phone, email, Facebook or even carrier pigeon, it’s a good idea to be careful who you give out your personal information to. Any time someone contacts you and pressures you to give out personal information, be careful. A recent Business Insider article has some good advice to combat the utility bill fraud and many other scams.

“If you’re contacted unexpectedly and pressured to make a payment on the spot, don’t even think about it. Instead, hang up and call your utility provider to see what’s going on,” the article states.

As if it weren’t bad enough to be contacted by strangers trying to trick you! Hackers have compromised a large number of Twitter accounts, and they’re using those accounts to spread bad sites to followers.

Compromised accounts also posted public tweets in an attempt to spread malicious links. These links looked like news stories from CNBC.com, and the hackers made their links look deceivingly legitimate. The bad links had the text “CNBC.com-article” attached to the beginning, so it looks as though the link’s domain comes from CNBC.com. The fake news stories were about a mom working from home and earning $6,795 per month. The articles encouraged users to click on links, which took them to a marketing scheme website, asking for more personal information.