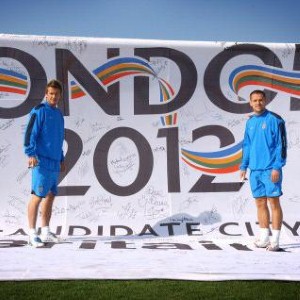 Olympics organizers have brought in white hat hackers to test out the online system’s effectiveness.

The 2012 Olympic Games will see the world’s best athletes trying to outdo each other. Even before the first events, the games have already spurred some of the world’s best hackers to do the same.

Increasingly, the Games rely on technology for everything from posting scores to selling tickets. Organizers, according to CSO magazine, worry about everything from hackers posting comments on scoreboards to even shutting down local landmarks like the London Eye Ferris wheel.

“The more attention a hacker can cause, the more lulz and the greater the bragging rights,” Joel Harding, a retired military intelligence officer and information operations expert and consultant, said to CSO. “But we’ve already heard that [hacking the scoreboard] is going to be spectacularly difficult, so I tend to doubt we’ll see that.”

Organizers want to give themselves a head start in system security, finding problems now before it is too late.

To do that, they are relying on the white hat hackers who bypass security systems to expose holes before others do. If these hackers identify issues before the final torch relay, then organizers hope to stop problems from surfacing once the games begin.

Organizers so far set aside $3.1 billion on technology, to handle more than 2 million pieces of data from July 27 to August 7, according to The Associated Press.

What do you think of using hackers to identify system security issues? Let us know in the comments!