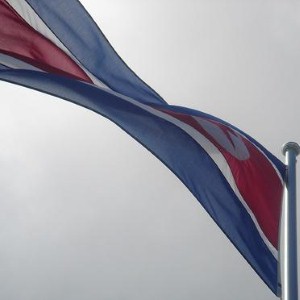 North Korea is trying to attack South Korea via a weakness; video games.

There’s obviously been beef between North Korea and South Korea over the years, but ZDNet is reporting that the conflict is now reaching cyberwar status. Seoul’s Metropolitan Police Agency intercepted a cyber plot orchestrated by North Korea’s Reconnaissance General Bureau to ship games infected by malware to South Korea.

The news source said this is the second attempt by North Korea to infect South Korea with some sort of electronic exploit.

“What’s particularly interesting about North Korea’s infection vector in this campaign, is that it’s not a novel approach to spread malware,” ZDNet said. “Instead, it relies on a chain of trust, from the unknown origin of the produced games, to the sellers’ claims that they are malware-free, and ultimately targets bargain hunters. In the past, software piracy has proven to be a key driving force behind the growth of malware campaigns internationally.”

If this whole thing is true, GeekOSystem points out South Korea’s many video game cafes could become battlegrounds. Obviously, South Korean users (and those around the world) need to adopt thorough layered security to protect their computers. While other countries may not be targeted by North Korea (from what we know right now!) no one wants to get caught in the crossfire. In this case, it could have dire consequences. The malware in the affected computer games in South Korea was used to launch a DDoS attack against the website of the major international airport in Incheon.

How do you think this will play out? Do you think the rest of the world needs to brace itself while this takes place on the Korean peninsula? Let us know what you think and how you defend yourself!