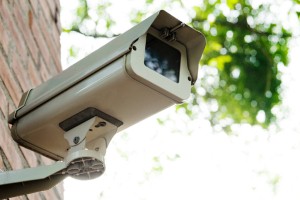 All across the United States and Canada, prisons are turning to the latest technology solutions to better track and contain convicted criminals.

When the infamous Alcatraz prison was housing prisoners, water and high fences were all that was needed to keep inmates contained and to ensure banned outside goods did not make their way in. However, thanks to new technologies, brick and mortar infrastructure alone will not cut it in today’s penitentiaries.

All across the United States and Canada, prisons are turning to the latest technology solutions to better track and contain convicted criminals. For example, operations at the Douglas County jail in Georgia have recently gone high tech, Neighbor Newspapers reported. To track inmates’ whereabouts, each interned person wears a bracelet equipped with a radio frequency identification device (RFID) that is tailored for every interned person to prevent tampering. In addition, visit scheduling is now done online, and visitors must submit to a thumbprint scan before entering.

Another new system popping up in jails is more advanced video-based monitoring technology. At many prisons, inmate visits allow for face-to-face contact, which increases the risk of contraband. Now, jails are instituting video conferencing solutions, in which those visiting an interred person see and speak with them via a closed circuit television setup. The system recently installed at Eau Claire County Jail in Wisconsin even lets prison administrators remotely track and monitor conversations while also noting visitation trends.

“It keeps us safe, it keeps the inmates safe, and it keeps visitors safe,” Charles Pearson, Sheriff of Muskogee County in Oklahoma, said to the Muskogee Phoenix in January about video visitation equipment. “Everyone knows they’re being recorded. This will cut thieving in the jail in half, it will cut down on fighting and dirty employees, I mean, anything you can think of. If you’re doing wrong in the jail, you’ll get caught.”

Protecting prisons from online threats
While most new technologies are aimed at better monitoring those on the inside, jails may need to put more emphasis on web-based threats. Last year, an ex-CIA official discovered that the technology used to run security systems at most prisons is vulnerable to cyber threats. This can be especially damaging considering that everything from locking doors to powering monitoring equipment could be shut down with the click of a mouse, the Washington Times reported.

“The security systems in most American prisons are run by special computer equipment called industrial control systems, or ICS,” the Times wrote. “They are also used to control power plants, water treatment facilities and other critical national infrastructure. ICS has increasingly been targeted by hackers because an attack on one such system successfully sabotaged Iran’s nuclear program in 2009.”

What should prisons do to block applications from affecting their internal systems? What new technologies should jails use to better monitor inmates?