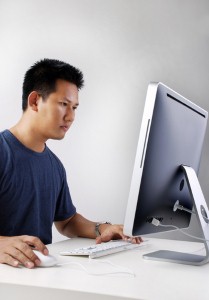 The latest version of Apple’s operating system, iOS 6, includes a variety of features that will make users of the company’s computers and mobile devices safer while online.

For years, Apple proudly claimed that its devices were immune to malware and thus users did not need to implement application control software. That is no longer the case, and now Apple has recommitted itself to providing quality security to end users.

The latest version of Apple’s operating system, iOS 6, includes a variety of features that will make users of the company’s computers and mobile devices safer while online. ZDNet reported that the latest version includes 197 patches for known vulnerabilities that could be potentially damaging for iPod Touches, iPads and iPhones.

For example, one of the discovered issues that iOS 6 addresses is a loophole that allowed attackers to compromise Wi-Fi connections and read others’ text messages. In addition, Apple mobile device users will not be able to easily “jailbreak” their phones or tablets thanks to the upgrade, according to ZDNet.

The security upgrades with iOS 6 were made in part to make Apple products be more appealing to corporations and other organizations, according to Wired. For example, the new operating system has a feature known as App Lock, in which a business’s IT department can program an iPad or an iPhone to run only one application and block new software from being installed on the device.

Apple “realize[s] that an awful lot of these devices are going into the enterprise and if they can at least be somewhat accommodating to the enterprise — if they can give them enough controls — that’s going to pave the way toward installing a heck of a lot of devices,” said Gartner analyst Van Baker, according to Wired.

Does Apple’s new operating system do enough to address cybersecurity concerns, or should developers have done more? If you own an iPhone or an iPad, do you trust Apple’s built-in security or do you turn to application control software to protect the device? Leave your comments below to let us know what you think about the upgrade!