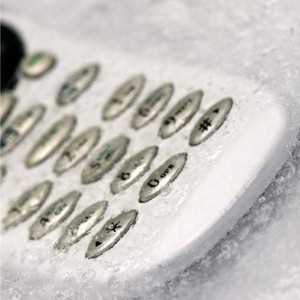 You love getting text messages, but when you hear the exciting sound go off on your phone and see a number you don’t recognize, it’s best to take a moment before clicking on that link. While it could be a long lost friend, significant other, family member or someone else looking to get in contact with you, Network World said it could also be a text-based spam or a phishing attack, otherwise known as “smishing.” Could there soon have to be increased whitelisting on cellphones and other devices to make sure the number coming through is completely safe?

“People are used to receiving text messages, and are not likely to think twice about the security implications of clicking on a link in a text,” the news source said. “The major Web browsers have phishing protection built in to alert the user to suspicious sites, and users can generally hover over a link to display the true URL on a PC, but mobile phones aren’t equipped to help users avoid malicious text messages.”

With the text message, users are taken off guard. Just think about yourself in this situation: Would you ever suspect someone of trying to bilk you out of money via a text message? It’s not exactly at the forefront of most people’s minds, and cybercriminals know this.

Numbers from Pew Internet and the American Life Project show that this could be a pretty widespread phenomenon if people don’t wise up. About 73 percent of adults who have a mobile phone use text messaging, sending or receiving about 41.5 messages per day. For those between the ages of 18 and 24, an average of 110 messages are sent per day. For the parents reading, how scary is it to think about your daughter or son getting a phishing text? You never know if they’ll be prepared to deal with it the correct way.

Have you ever been sent a smishing message? Let us know.