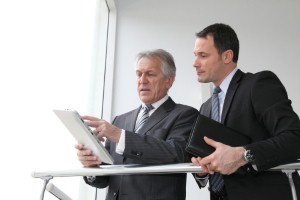 If you want to block applications from infecting your smartphones, then Android may not be the operating system for you.

If you want to block applications from infecting your smartphones, then Android may not be the operating system for you. A majority of all mobile devices running Google’s proprietary OS may be compromised, as a recent analysis of 20,000 Android-powered devices found that more than 50 percent of them had an unpatched vulnerability, IDG News reported.

The findings are not necessarily indicative that tens of thousands of mobile devices are infected by malware, but rather that users may not have the best layered security measures in place. At issue, according to IDG, is a delay by app manufacturers in issuing the proper mobile security patches in a timely fashion.

“[T]here have been criticisms that users aren’t receiving security patches in timely manner, exposing them to threats,” Marissa Tejada wrote in a September 20 article for IBM’s Midsize Insider. “Manufacturers stop issuing updates for some device models too quickly, and, even when they do issue updates, some carriers don’t distribute them fast enough.”

This latest news adds fuel to the fire in the discussion about Android and cyber security. Tejada wrote that Android already has the reputation for inconsistent application protection, and IDG reported that at least three big malware threats were already identified on Android-powered devices during the first three months of 2012. According to statistics cited by CSO, this year has had 41 times more Android malware infections than during all of 2011.

The unpatched vulnerabilities are only representative of part of the issues identified. While a patch would protect Android devices from known threats, only application control would provide defense against unknown threats. Android devices are particularly susceptible to malware because the OS runs on a multitude of devices, so no set cyber security standard has been universally implemented, according to CSO.

Android cyber security and small businesses
Midsize Insider reported that the latest news concerning Android cyber security flaws is likely to seem especially scary to small and medium-sized businesses (SMBs), as smaller firms are more likely to rely on employee-owned devices that carry the OS.  Close to 60 percent of all SMBs use Android-powered smartphones, according to a Techaisle survey from March.

“Android isn’t known for its security, yet it remains popular, so small and midsize businesses should be aware of the security measures that they employ in the workplace,” Tejada wrote. “BYOD policies don’t help the situation but often cannot be avoided.”

Would you use or recommend Android-powered devices? What can smartphone owners do to protect their mobile devices from malware? Leave your comments below to let us know what you think about the findings!