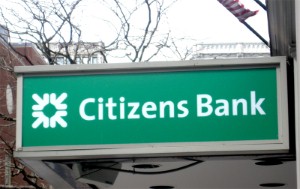 First malware tries to break your computer, now it wants to use it to commit fraud.

Just one more reason to be careful what you click on. A new, particularly vicious piece of malware not only steals your money, but also tries to use your computer to commit fraud! According to the U.S. Federal Bureau of Investigation, cybercriminals used the Citadel malware platform to deliver Reveton, a piece of ransomware that usurps the user’s computer.

Once it has infected a computer, Reveton freezes the screen and displays a warning that the user violated federal law. Users are told they were identified by the Computer Crime & Intellectual Property Section as having accessed illegal content. The program tells users they need to pay $100 to the U.S. Department of Justice to have their computers unlocked. Reveton identifies the users’ geographic locations based in their IP addresses and offers different payment services based on the information. But, even if users don’t pay up, the program can still run in the background and use the computing power to commit bank and credit card fraud.

A recent ABC News article highlighted the story of one Reveton victim. The program took over one victim’s computer after he clicked on a page with the FBI logo. After a few minutes, a warning popped up that stated he had been viewing child pornography and illegally downloading music.

“It would not allow anything else to go up on my computer,” the victim said. “It basically closed my computer with this document that said if you don’t pay this within 48 hours the federal government is going to come after you.”

Have you been affected by similar scams that use scare tactics to get you to pay money? How did you respond?