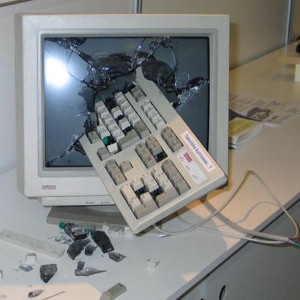 Don’t do this because of malware; simply start protecting yourself better.

Spring is a time when many things bloom and grow. Unfortunately, fragrant flowers were not the only thing blooming this May. Nasty computer viruses and malware were also spreading in May, according to security firm Eleven’s “E-Mail Security Report.” The report said both spam and malware saw big growth in the month of May, meaning you may want to block applications on your computer or take other steps to prevent the spread of any springtime ailments your computer might have picked up..

The report showed that April and May both saw more spam and phishing and malware, with malware volume increasing 927.4 percent from April to May. Wait, what? Yeah that’s right. The volume of virus outbreaks was also way up, rising 251.6 percent from April to May, according to the source. This shows that individuals and companies alike need to take stock of what is important on their computer and make sure they have good security precautions in place.

“The tendency toward using campaigns that specifically target users in certain countries also continued to become more widespread in April and May 2012,” the report noted. “In addition to phishing attacks, however, there was a focus on traditional spam. Since the start of the year, the research team at Eleven has observed a marked increase in the volume of spam advertising male potency drugs and written in good German. This means that spam activities are also becoming increasingly region-specific – a trend that has been observed for a long time in phishing and malware campaigns.”

Have you noticed an increase in the amount of malware and spam lately? Why do you think there was such a big increase? Let us know what is on your mind!