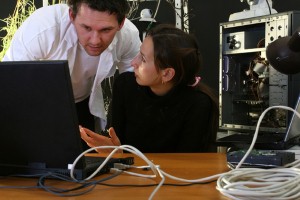 An August survey found that three out of every five Americans said they were concerned about being targeted by hackers and malware.

More people may want to investigate the top-notch layered security Faronics offers with its advanced threat protection software, given that a majority of people still feel unsafe when using their computers. An August survey conducted by Harris Interactive found that three out of every five Americans said they were concerned about being targeted by hackers and malware.Of the more than 2,200 adults surveyed, 88 percent of respondents said they were somewhat concerned about hacking, with 59 percent saying they were extremely concerned about potential online threats.

“This poll shows that people are aware of the threat of online hacking, but it also shows that people are eager for a practical solution to this universal dilemma,” Emmanuel Schalit, a data security professional, said in a statement. “Internet users should not have to choose between convenience and security – indeed they can and should have both.”

The survey also found that most people do not know the proper way to protect themselves online, and are likely to engage in practices that potentially expose themselves to hacking. Forty-five percent of respondents told pollsters they did not know the best way to keep their information safe. For example, 69 percent of people said they use the same password for multiple accounts and 64 percent replied that they store credit card information online.

For starters, the NCSA advises people to only go online through a secure internet connection, specifically an encrypted router used in conjunction with a firewall and the best layered security software with total application control.

To help protect against viruses and other malware, the NCSA recommends being vigilant about not clicking on bad links and not sending personal information via email if the sender looks illegitimate in any way.

In addition, Eric Doerr of Microsoft said people should use different passwords for each login. That way if one account is compromised for any reason, the other ones are more likely to remain secure.

“[C]riminals have become increasingly sophisticated about taking a list of usernames and passwords from one service and then ‘replaying’ that list against other major account systems,” Doerr wrote in a July 15 Microsoft blog post. “When they find matching passwords they are able to spread their abuse beyond the original account system they attacked.”

Should most people be fearful of online attacks, or does the survey just indicate that most Americans need to be better educated about proper internet and computer usage? Leave your comments below to let us know what you think!