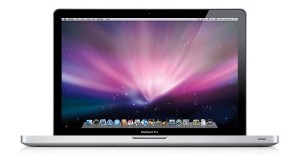 The increasing popularity of Macs may cause Apple to play catch-up with security.

Apple has led the mobile device market with the iPhone and iPad and has seen increasingly strong sales of Macs, but the company’s growing market share might actually spell some security trouble. According to a recent ReadWriteEnterprise blog post, a serious enough string of malware infections could harm Apple’s reputation and cause users to start looking to Microsoft.

According to the post, Macs have not been targeted much by cyber criminals – so Mac users haven’t had to worry as much about security. However, the bad guys aren’t ignoring Apple products anymore. Attacks such as the Flashback Trojan, which infected 650,000 user devices, proved Macs are not above malware. In fact, it was the lack of Mac security that caused the Flashback infection to spread as much as it did. Oracle had released a security patch six weeks prior to Apple’s update.

“Despite the perceptions, Mac OS X was never more secure than Windows,” the blog post stated. “Hackers ignored Apple’s OS because its market share was so small. Now that Apple has grabbed about 10 percent of the U.S. computer market, OS X is increasingly being targeted.”

The ReadWriteEnterprise poster highlighted several areas where Apple could improve its security practices to play catch up to Microsoft. One of the major areas for improvement is increasing the transparency of the company’s security practices. For example, Apple fixed 11 of the 14 vulnerabilities in a recent Java patch, but didn’t provide explanations for why 3 vulnerabilities weren’t addressed.

Perhaps in response to criticism regarding its handling of the Flashback situation, Apple recently softened its marketing strategy. The company changed the wording on the “Why You’ll Love A Mac” section of its website, according to a recent CRN article.

The section once stated, “A Mac isn’t susceptible to the thousands of viruses plaguing Windows-based computers. That’s thanks to built-in defenses in Mac OS X that keep you safe, without any work on your part.”

Although Apple has not commented on its reasoning for the website changes, experts have speculated it is to protect brand’s image as a secure platform as Mac’s market share grows.

“Apple does not want to lose its image as a secure platform,” said Andrew Plato, president of Anitian Enterprise Security, who was quoted in the CRN article. “A lot of people still see their Mac as fundamentally more secure than Windows. Flashback proved that Macs are just as vulnerable.”

Are you concerned about Mac security? Do you think Apple is doing enough to improve its security practices?