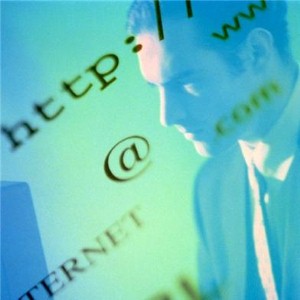 Watch your tweets! Twitter has become the victim in another social media security breach. The hacker group known as LulzSec Reborn claimed responsibility for the hack and posted personal information from 10,000 user accounts on Pastebin. The information includes a lot more than a standard password leak, with user data such as real names, passwords, bios and locations.

LulzSec Reborn is considered to be the reincarnation of the hacktivist group LulzSec, which was believed to have vanished after five members of the group were arrested in March. “This is devastating to the organization,” an FBI official involved with the investigation told Fox News at the time of the arrests. “We’re chopping off the head of LulzSec.” According to Fox News, LulzSec was responsible for billions of dollars in damage to governments, international banks and corporations.

Just goes to show you should be careful when trying to chop off the heads of major hacktivist groups, as LulzSec Reborn appears to have picked up where the old group left off. In addition to the Twitter breach, LulzSec Reborn has claimed responsibility for hacking the military dating site militarysingles.com, which resulted in 170,000 compromised accounts, according to a TechSpot Article.

In addition to LulzSec Reborn, several other groups have adopted the “sec” namesake, and have begun laying claim to security breaches. SpexSec recently made headlines when it publicly released the Social Security numbers and birth dates of thousands of Tennessee residents, according to a CNET article. Another group going by the name MalSec has released an Anonymous-esque video.

“MalSec has new methods and ideas,” the MalSec video states. “We have witnessed aggressive hacks that included the general public getting attacked, and credit card information being stolen. We also have witnessed Anonymous supporters harming each other within the collective. Do you not see that this is a tactic to divide us and make us lose sight of our goals, of what is truly important? … We do not wish to take from the people, or to harm them, but rather to empower them.”

What do you think about hacktivist groups like LulzSec and Anonymous? Are they real threats to cybersecurity or just major annoyances?