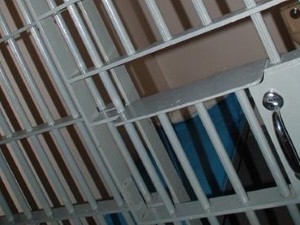 Since July 13, two hackers have been sentenced to multi-year jail terms and a third one was arrested on July 18.

Those vigilant about cybersecurity can rest easy knowing that three alleged crooks are off the (online) streets. Since July 13, two hackers have been sentenced to multi-year jail terms and a third one was arrested on July 18.

Seattle thief lands in jail
The final member of a Seattle group was sentenced to eight years in jail based on his involvement in an estimated $3 million crime spree, according to the Seattle Times.

The conviction stemmed from Joshuah Allen Witt’s role in two schemes. Witt and two associates engaged in “wardriving,” in which they would drive around with a strong Wi-Fi receiver and hack into wireless networks. The group would also break into buildings and install malware on computers to steal passwords and other personal information, according to the publication.

This sentence is a “strong message to these modern-day bank robbers: Hack and steal at your own peril, as the consequence is prison time,” Jenny Durkan, U.S. Attorney and head of the Justice Department’s Cybercrime and Intellectual Property Enforcement working group, said to the Seattle Times.

Credit card thief sentenced to prison term
A judge sentenced a hacker to seven years in prison for his role in stealing the information from thousands of credit cards, according to CNN.

Aleksandr Suvorov of Estonia pleaded guilty in U.S. court to two schemes. In one, he stole information on 81,000 people by hacking into a system run by the Dave and Buster’s restaurant chain. In another, he attempted to sell 160,000 stolen credit card numbers to an undercover U.S. Secret Service agent.

Alleged hacker arrested in Cyprus
A Russian man accused of online credit card theft and launching attacks on sites like Amazon.com and Priceline.com, among other charges, was arrested July 18, the U.S. Department of Justice said. If sent to the United States and convicted, Dmitry Olegovich Zubakha could face more than 20 years of jail time, according to IDG News.

The charges range from a denial-of-service attack on Amazon.com and eBay.com in 2008, to the theft of more than 28,000 credit card numbers, according to IDG.

“These cyber bandits do serious harm to our businesses and their customers,” Durkan said in a statement. “But the old adage is true: the arm of the law is long. This defendant could not hide in cyberspace.”
What do you think about these three cases? Does this news make you feel at all safer online, or do you take more comfort in your application blocking, whitelisting and layered security measures?