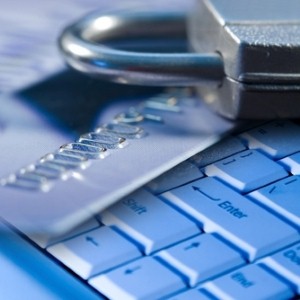 A new scourge of malware targeting the energy industry has come out of the Middle East.

It’s a good thing Faronics layered security software offers such top-notch application control, as a new scourge of malware has come out of the Middle East.Gauss Malware was detected earlier this month going after Middle Eastern bank accounts. The virus steals bank accounts and captures as much information about the host computer as possible, PCWorld reported. In addition, its activities and source has caused cybersecurity experts to compare this latest malware attack on previous ones targeting Iran.

So far, the virus has mostly targeted Windows computers in Lebanon, Israel and the Palestinian territories. Of the roughly 2,500 computers affected by Gauss, only 43 incidents of infection occurred in the United States, PCWorld reported.

“Gauss [and similar types of malware] might be big deals, not because of what they are, but because they may be part of something larger,” James Lewis, a cybersecurity expert at the Washington think tank Center for Strategic and International Studies, said to the Christian Science Monitor. “What that larger picture is we just don’t understand yet.”

Protecting computers against Gauss
Fortunately, most people should not have to fear an attack from Gauss, PCWorld reported. For one, the virus exclusively has taken down Windows computers, allowing Mac and Linux users to breathe a sigh of relief. In addition, the nature of the malware has indicated to experts that only those involved in high-level banking in the Middle East have much if anything to fear from Gauss.

“The purpose of this targeting is likely espionage, rather than theft,” Jared Newman wrote in an August 10 PCWorld article.

PCWorld also reported that it is easy to see if Gauss is on a computer, as after an infection the malware leaves a unique font type on the device.

“It seems like these guys are getting more confident and blatant with each passing day,” Islam wrote, according to ArsTechnica. “Previously in [the] case of Flame, [an] anonymity feature was used while registering domains. They could have done the same for Gauss but they opted for fake names like Adolph Dybevek, Gilles Renaud, etc. and now they are openly sharing resources and adding more modules/functionalities (banking as [a] recent example) to their malicious software.”

What are your thoughts on this latest malware threat? Are you more concerned about high profile infections like Gauss, or common ones that can be targeted with application control? Leave your comments below to let us know what you think about this issue!