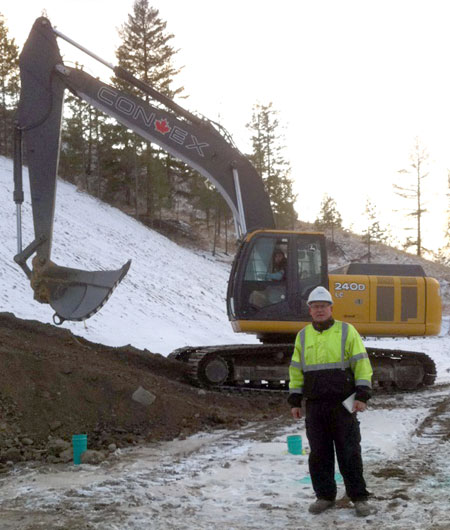 According to the Canadian Cancer Society , 4,100 Canadian men will die of prostate cancer in 2011.  Early detection is key. When detected early on, the cure rates for prostate cancer are 90% or better!

I won’t forget the day my mom announced it.  She and Timber were in Vancouver from Kamloops on the day they were flying to Thailand for a vacation.  They got the ‘official’ news that morning and decided, with the doctor’s blessing, to keep their vacation as planned.  Despite not wanting to worry their kids before they left, mom couldn’t hold back her tears.  I can only imagine their very own dark cloud under the blue skies of Thailand…

Timber is a guy’s guy(that’s him in the pic on the right).  In his self-deprecating words: “I’m a red neck construction guy!”  Like many men, he had not been getting his rectal exams and PSA tests.  Only by fluke, due to his insurance policy, he was forced to get checked.  Serendipity!

“Ignorance is NOT bliss.  Suck it up men and GET CHECKED.  It’s easy and painless, maybe a little embarrassing, but find yourself a cute woman GP (lol)!”

Support Movember by following this link to donate to prostate cancer research.