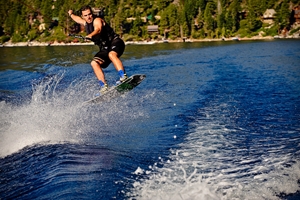 There are a range of identity theft threats lurking around tourist attractions.

With summer just around the corner, people across the Northern Hemisphere are gearing up to board a plane, throw on a swimsuit and hit the beach. Whenever travelers are hitting the road and visiting an unfamiliar location, security becomes a major concern. One of the issues concerning travelers these days is the threat of identity theft.

According to the United States Bureau of Justice Statistics, 8.6 American households with at least one person age 12 or older experienced an identity theft incident in 2010. That figure represents a 33 percent increase from the number of reported cases in 2005. Furthermore, identity theft resulted in direct financial losses totaling $13.3 billion for U.S. households in 2010.

Thankfully, there are a lot of ways to safeguard against identity theft while on vacation. For instance, travelers should notify their credit card companies before they leave and explain where they’re going. That way, fraud departments can be on the look out for any suspicious activity and prevent those charges from being applied. This will also stop credit card companies from freezing your accounts while you’re away because they think your activity is suspicious.

Additionally, travelers should remove any unnecessary identification information from their wallets or purses. There’s no good reason to carry a Social Security card while on vacation. Pickpockets can use that information to commit identity theft or fraud.

Travelers should also be extremely wary of using public computers or those provided by their hotels. If at all possible, they should never access sensitive information such as bank accounts and credit card records using a public Wi-Fi service. These devices could be equipped with information-stealing software or hardware. Although some public computer service providers employ system recovery applications that reset a machine’s configurations with each use – thereby wiping it clean of sensitive information – travelers should never assume that these resources are being used.

By carefully monitoring the availability of their personal information, vacationers can reduce their risk of identity theft and ensure an enjoyable trip.