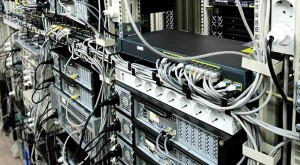 It’s easy to forget that malware is not only something that threatens to infect your computer, as malicious software can also pose a threat to home networks and websites.

It’s easy to forget that malware is not only something that threatens to infect your computer. Malicious software can also pose a threat to home networks and websites.

Some good news, according to ZDNet, is that the third quarter actually showed a 1 percent decline from the number of of home networks that had been infected in the second quarter.

The article noted that malicious websites and phishing emails were popular methods of attack. In addition, one prominent botnet called ZeroAccess infected more than 685,000 users in the United States. By producing around 140 million fraudulent ad-clicks the botnet could be costing advertisers nearly $900,000 a day, with 18 out of 140 clicks being paid for by advertisers.

A CIO article provided some practical network security tips . For example, users should develop a strong network password that does not contain any personal information and contains a mix of capital and lowercase letters and symbols. In addition, the article suggested turning off file sharing options as these can gives hackers “a straight line into your private stuff.” Finally, users would be wise to exercise caution when surfing the web on public hotspots. While these are fine for general web browsing, they can be risky for sensitive internet activities such as banking.

To ensure that you keep your network and devices free from malware its good use a multifaceted approach. Be attentive when using the internet to ensure that you don’t click on any links that lead to infected websites. In addition to taking CIO’s network security advice, using application control software can further guard against malware infection.

What steps do you take to ensure that both your computer and network stay malware-free?