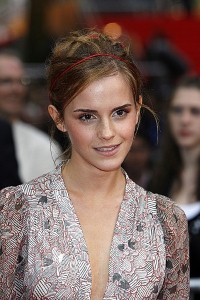 Fictional character Austin Powers liked to live dangerously, but another celebrity has eclipsed the satirical secret agent’s penchant for danger. Who do you think is the most dangerous celebrity on the internet? Action star Daniel Craig for his role as the dashing James Bond? Morgan Freeman for being, well, Morgan Freeman?Wrong! Cyber criminals are most frequently using the popularity of Harry Potter star Emma Watson as a way to trick users into clicking on malicious links, according to Los Angeles Times columnist Dawn Chmielewski. Users that like to search for “Emma Watson and busted” on Google have a one in eight chance of ending up on a virus-filled website, making Watson the most dangerous cyber celebrity. Other names to watch out for include Selena Gomez, Halle Berry, Megan Fox, Shakira and Jimmy Kimmel.

Yes, one of those things is not like the other. Cyber criminals are much more likely to use the names of female celebs, perhaps betting on society’s love of gossip and compromising photographs. However, comedian Jimmy Kimmel did manage to push ahead of the likes of Brad Pitt.

Accio security software
Unfortunately, the Hogwarts School of Witchcraft and Wizardry didn’t offer a course dedicated to cybersecurity – though, maybe it was mentioned in Defense Against the Dark Arts classes.

Kidding aside, staying secure while online has become a lot more important in light of a malware explosion over the past several years. As CNNMoney columnist David Goldman pointed out, the number of different types of malware went up by 23 percent just between the first and second quarters of 2012.

Goldman reported that drive-by downloads have not only become a more common form of attack, but have been repurposed for mobile devices, so no platform is safe! Drive-by attacks are particularly nasty, as they infect any device that visits an infected website. So, for example, a user searching for “Emma Watson” clicks on a link to find it looks a little suspect – if the website is contains drive-by malware, that user is already infected. Utilizing application control, and keeping both antivirus and software such as Java up to date are good ways of guarding against these threats.

Do you often search for celebrity news? Do you stick to trusted sources?