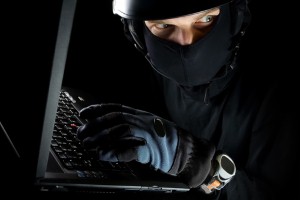 Not only are hackers going after our systems, they may now be going after the fundamental architecture that runs everything else in cyberspace.

The importance of having quality application control measures in place may now be even more important than ever. Not only are hackers going after our systems, they may now be going after the fundamental architecture that runs everything else in cyberspace.

Industrial control systems are essentially the software used to power other pieces of hardware and software, and recently exposed loopholes may show that these systems are more vulnerable than previously thought. A report from The Washington Post from July found that Niagara Framework, which is used to control sensitive systems such as medical devices, security cameras and much more, may not be as secure as it needs to be.

The loopholes were discovered by white hat hackers, programmers who are hired to expose flaws in the system’s security. The company that makes the software was made aware of the issues, and The Washington Post reported that the manufacturer immediately alerted customers and started fixing the issue.

However, according to the Heritage Foundation, the Niagara Framework issue represents a much larger concern for cyber security. The conservative think tank said the loophole showed that more leadership is needed in order to protect national security interests and critical infrastructure from being taken down by hackers.

“This is a prime example of the difficulty of ‘covering all the bases’ in the cyber world,” according to the Heritage Foundation.  “Every day, we add more and more of these systems to ever more complex networks. It is efficient and cost effective, but it adds incredible vulnerabilities that even middle-grade hackers can penetrate and exploit.”

The Heritage Foundation said businesses and government entities need to understand the threats posed by hackers and malware, even if an attack has yet to occur on a specific system. Leaders needs to be pre-emptive with their layered security  and application control measures to prevent catastrophe before it occurs.

Do you think the Niagara Framework exposure is indicative of a trend, or just a one-time issue? What do you think can be done to ensure the safety of control systems? Leave your comments below to let us know what you think about this issue!