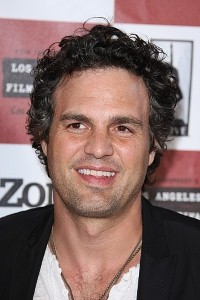 Despite his hacker’s shenanigans, the Hulk was in good spirits after the Twitter hijacking.

A Twitter hacker recently attempted to make the Hulk angry!

Mark Ruffalo, who plays the Hulk in the recent Avengers movie, was the victim of a Twitter hijacking on March 6, according to The Hollywood Reporter. In addition to changing the star’s username from @MRuff221 to @Mark_Ruffalo, the hacker tweeted a few sexist comments and talked about credit card debt.The perp also posted links to a funny cats YouTube video and images of Sports Illustrated model Kate Upton.

The Hulk was apparently calm and did not go on a Hulk-smashing spree. Once he was back in control of his account, Ruffalo tweeted, “It’s kind of hilarious me getting hacked today. I got to hand it to the hacker. Kind of genius.” He later tweeted, “Okay all. I am fried from all this hacking and rehacking. Best to all. Actually this was kind of fun. Thanks Hacker Johnson.”

Like the fables of old, the hacker closed the evening of shenanigans with a moral by citing a poor password as the reason he or she was able to compromise Ruffalo’s account. Perhaps the hacker was just trying to deliver a message of caring to the Twitterverse by showing even high profile celebrities are vulnerable if they don’t pick secure passwords?

Ruffalo isn’t the only famous person to have his Twitter account compromised, and not the only one who has taken it in good spirits. NASCAR racer Mark Martin had his account hacked earlier this year, but he’s turning the hack into profit. The hacker, known only as “Epic Swag,” inspired Martin to start a line of t-shirts, according to a recent CBS article. Martin also featured the hacker’s name above his driver-side window during the Sprint Cup.

Ruffalo’s hacker left the world with a message about password security, so we’re curious. What measures do you take to create an unhackable password?