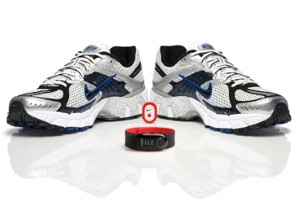 The hacker managed to steal $81,419.58 worth of merchandise, but he spread the wealth among family and friends. After the Secret Service showed up at his house with a search warrant, only $17,057 of merchandise could be found on the premises. He gave the rest away or sold the goods on Ebay.

The Nike thief isn’t using his new shoes to run, either. He offered to tell Nike how he managed to break into the accounts in exchange for a plea deal.

The new face of hacking?
It doesn’t take a high-profile security breach to turn someone into a cyber criminal. In fact, thinking of hackers only as malicious, sophisticated programmers may be part of the wider internet security problem, according to a recent Forbes article. Case in point: A mother of two got ahold of the account information for officials at the school her children attended. She used the information to alter grades and access personnel files. While it might sound like an easy way to give kids a boost on their report cards, it’s also a good way to get in trouble. The mother was charged with three felonies.

But the real bottom line is everyone should be cautious with who has access to their personal information. If your password security answer is the name of your favorite pet, make sure that information isn’t readily available. You never know who might use that information to break into your email account.

Do you believe hackers should receive more leniency if they help companies like Nike identify website vulnerabilities? Have your online accounts ever been compromised? Let us know!