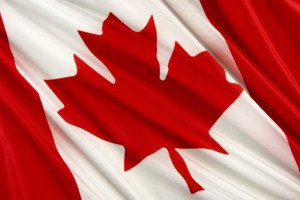 Canadian officials concerned that hackers are moving to Canada and other developed countries.

If you spent your days developing malware to target the banking and personal information of private and public enterprises, where would you want to live? Somewhere tropical? Or maybe somewhere colder where you would not feel inclined to go outside? Well, this is something that the Canadian government has also been worried about amidst an influx of hackers.

The Public Safety Department, a branch of the Canadian government, recently noted how Canada was not only being targeted by cyber crime activities, but becoming a common source of cyber criminal activity. According to The Province, the Public Safety Department is concerned that hackers are moving from traditional locations like Eastern Europe, East Asia and Africa to developed countries. Information was presented at the Cross-Cultural Roundtable on Security by Public Safety’s manager of research and academic relations, Brett Kubicek. The intention is to not only cultivate dialogue about security issues between the government and community members, but to also highlight the Canadian
government’s role in protecting against cyberattacks.

While the Canadian government is concerned about hackers relocating within their borders, The Next Web recently published an article detailing the top countries from which hacking originates. Based on information from the NCC Group, an information assurance firm, the top three countries were the United States, Russia and China. The United States accounted for 20.8 percent of all hacking attempts. With Russia representing 19.1 percent and China representing 16.3 percent, this research supports the Canadian government’s concerns that cyber criminals are moving their operations to developed countries.

What impact will cyber criminals based in Canada and the U.S. have on cybersecurity? Should the government play a more active role in mitigating hacking and other digital threats?