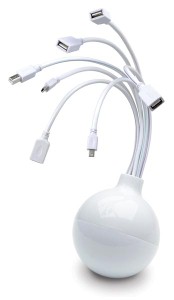 Flame attacks through the USB port, researchers have found out.

The dreaded Flame virus has been all over the news lately, and it seems researchers find something new and scary about it every day.

According to InfoWorld, the Flame attack uses removable media, such as USB drives, as a way to sneak data out of installations. In other words, InfoWorld said, Flame waits in computers not connected to the internet until someone inserts a USB drive, at which point it copies itself and prioritized data onto the drive, which may be a reason why it’s been able to sneak through cyberdefenses so easily. While the virus may not be hitting home for everyone yet, fears of having to go through system restore and recovery and the stress of getting a computer virus should be enough for any person or business to get some additional protection on their devices.

One security expert told InfoWorld he had never seen anything like this, as it is something of a “mule” virus, using unsuspecting workers to carry information out of secure computing environments via USB drives.

“The term ‘mule’ is borrowed from the drug trade: People who carry illegal substances across borders are frequently referred to as mules,” the news source said. “In the cyber criminal world, people who unknowingly, or by design, use stolen credentials to steal cash, then send it back to the criminal boss are considered mules as well. In the case of Flame, the authors expected they’d need to get information out of secure computers that may not have connections to the internet.”

InfoWorld reports in a separate article that The Honeynet Project was launched to fight this method used by Flame. The project is based on research done by Sebastian Poeplau, a student at Bonn University’s Institute of Computer Science, who helped develop a virtual drive that traps the malware when running in a USB drive.

How are you feeling about the security approach being taken against viruses like this and others? Do you feel safe on your computer or using USB drives? Let us know in the comments section!