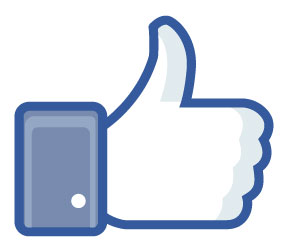 School is now in session for most students with the rest not far behind, and to ring in the new school year Facebook has released a text book of its own. This one is short though, contains no math or science, and is not just for students but teachers and parents as well (and it’s free!). It’s all about how to use Facebook safely and how to protect your privacy while using it.

When I was in school, I had to handwrite notes to my friends. The worst part was passing a note to a friend once about a crush I had and the teacher caught me. He read the note out loud to the class. How embarrassing! The laughter from my classmates was one thing, the snickers I got while walking down the hall the next morning was another. By the end of the week I knew that pretty much the whole school had heard about it and I was now the laughing stock of the school.

In today’s classrooms notes are passed with text messages, emails or on social networking sites like Facebook. It’s not just words either, but pictures and videos too. Plus something doesn’t take all week to get around, it takes hours, even minutes. If you’re not careful, a text or Facebook wall post about a crush can be forwarded to others very easily. Suddenly your private note is on display for the world to see—not just your classmates—and that content is out there forever. That’s the power of social media in today’s classrooms.

Education about social networks like Facebook is very important in the classroom, especially now that school is back in session. Not just for students, but for teachers and parents too.

The lesson to be learned from this guide is you need to be aware. Facebook has power. If you’re not careful about it you run the risk of sharing more than you want to (and I’m not just talking about that crush).

Exposing too much not also leaves you vulnerable to the many scammers that use Facebook to find victims. That leads to identity theft and a whole other world of problems (let’s save that for the next lesson).

Go check out the report for yourself. It’s an easy read, and you’ll definitely learn something.