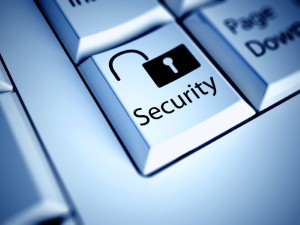 Experts predict the biggest security threats of the New Year.

As 2013 quickly approaches, experts are predicting the top security trends of the New Year, some of which were seen in 2012 and are expected to continue.

For one, computer security breaches surrounding big events, like those at the London Olympics this year, will increase next year, CNET reported.The article stated that cyber warfare is becoming commonplace.

“When there’s a political or actual war event, we’re seeing cyber attacks parallel that,” the article stated. “It does seem to be more pronounced. It’s almost not newsworthy, as if we expect it to happen alongside a political event.”

The number of these sorts of “precision-targeted” security attacks still puzzle security researchers, the article stated, even as they become more frequent.

The Economic Times reported it is much more difficult to protect devices from targeted attacks. Another challenge with these threats is that many automatically destroy evidence of the attack, making it harder for security experts to determine how to fight against them.

“We have seen attacks where 30,000 hard drives were left non-operational after an attack,” the article stated. “Dealing with the clean-up distracts the IT administrators who don’t immediately realize they have been hacked. It also adds to the difficulty in ensuring effective incident response as hackers literally attack any hardware on the way out. Protecting against this will be a major challenge – particularly for enterprise and government.”

Mobile and Mac security threats
Another trend seen in 2012 was the rise in mobile security threats. These threats were very geographic-specific this year- those seen in the United States were different than those in Russia or China, the article stated.

“In 2012, half a percent of all mobile users got hurt by mobile malware in the U.S,” a security expert told CNET. “That’s a million people, not an insignificant number. It’s a trend that is happening slower than expected, but it’s not going to go away.”

As more people adopt smartphones and other mobile devices, these security challenges will continue to rise in 2013. They will also become more complex, experts say. So far, CNET reported. the Android 4.2 is the most secure mobile device, with an operating system that will help keep most devices safe until the end of next year. The iPhone does not have malware problems yet, the article stated

While mobile devices continue to outsell desktop computers, there were still a number of security attacks on Windows computers throughout 2012. Highlighting malware such as Flashback, the article noted that Mac users may be increasingly targeted in 2013..Many are unaware of the threats that could target their systems.

What security threats are you anticipating in 2013? How is your company preparing for them?