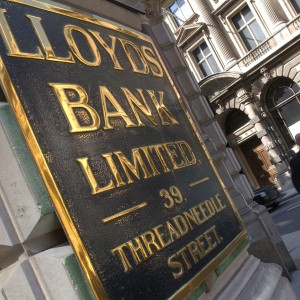 If you deal with your banking information online, make sure your computer is secure!

Nebraska’s come a long way since cattle thieves were the biggest security threat. Experts recently weighed in at a cybersecurity discussion held at the Sarpy County Chamber of Commerce in Nebraska. The big takeaway? Cybercrime is a big trade and businesses need to prepare for potential cyberthreats.

Senior Vice President of Entrust Peter Bello, who was quoted in the article, compared cybercrime to other high-profile crimes such as robbery and the cocaine trade. “bank robberies totaled in 2010: $43 million. Cocaine trade: $83 billion,” said Bello. “Cyber attacks have stolen $114 billion. It’s bigger than the cocaine trade.”

Bello used the example of data mining malware as a way hackers are targeting small businesses. Hackers trick users with seemingly harmless downloads, which infect their computers with malware. Instead of showing obvious signs of malware infection, these programs wait in the background, collecting data the cyber criminals can use to break into the business’s financial accounts.

The article also highlighted some advice from U.S. Representative Lee Terry, a member of the Cyber-Security Task Force formed by Speaker of the House John Boehner. Owners of small and mid-size businesses should set limits on how much can be withdrawn from their banks at once. Terry also recommends buying a computer dedicated entirely to handling business actions.

Malware is already being used to commit sophisticated banking fraud, according to a recent CSO article. Hackers used malware to develop an automated fraud program, which infects users’ computers and collects enough data to get past layered security measures such as two-factor authentication. Once the malware had enough financial data, it automatically attempted to make transfers to pull money out of users’ accounts. Although most were for $10,000, the biggest transfer was $130,000.

Do you deal with your banking information online? Do you take extra precautions to ensure the security of your information?