Malware has been around for decades, but the strains that current technology users face are considerably different from those seen years ago. According to industry research, new malware specimen emerged every 4.6 seconds in 2016; in the first quarter of 2017, it occurred at 4.2 seconds. In 2014 when massive malware attacks like Heartbleed rocked the nation, nearly 1 million strains were released every day, according to CNN.

Attackers are working faster than companies can defend themselves, creating a significant problem in effectively detecting and preventing breaches. In fact, 70 percent of malware infections evade discovery by antivirus solutions, Tripwire reported. To make matters worse, of the 17,000 malware alerts the average enterprise receives per week, only 19 percent are considered reliable and 4 percent are investigated.

The more time it takes to identify and eliminate a malware threat, the more damaging and costly it will be. Let’s take a look at the five biggest warning signs that a malware attack has impacted your hardware:

Ransomware is one of the most popular malware techniques used to attack business users. WannaCry and NotPetya were two in recent memory that impacted thousands of organizations across the world, causing many leaders to panic. While answers to both threats were eventually discovered, considerable damage was already done. Hackers are improving the packaging of their malware to appear legitimate and convince more people to download the malicious files.

A ransom is a clear sign that you’ve been hit by malware.

Organization leaders often place their trust in their employees to practice safe online habits, but human error and lack of awareness remain the largest reasons why malware is so successful. Imagine downloading a program or files that seem to be trustworthy, only to come back to your computer and see that your data is being held for ransom. PCMagazine noted that attackers might simply demand that you pay to get your important files back, or they could obscure their methods by acting as an agency requiring a fine to use the computer again.

No matter how it appears, do not pay the ransom. There’s no guarantee that the attacker will follow through with their promise, and it could increase your chances of being breached again. Instead, use automated maintenance schedules to back up essential systems and reboot-to-restore software to return hardware to its established configurations

Pop-ups are relatively bothersome, but they can also be indicative of larger problems. If they start to appear more often during online activities, and even when no browser is open, it’s likely an attempt to drop more malware on your PC. Pop-ups can also be a sign of spyware, designed to record your personal information and make money from selling it. If you start seeing fishy pop-ups or notifications from programs you never installed, don’t fall for them.

Hackers will use pop-ups for drive-by malvertising to get you to buy a product. Pop-ups could also be a fake warning to protect your system, encouraging you to install the malicious software. You should only download files from reputable sources and ensure that your security software is up-to-date. Run a malware scan and ensure that any malicious files are removed.
“Malicious programs slow down all of your computer functions.”

3. Computer Functions Slow to a Crawl

With today’s powerful technology, we expect processes to be performed quickly. However, if your hardware experiences sudden, dramatic slowdowns or crashes, it could be because it is infected with malware. Malicious programs slow down all of your computer functions and can even cause the Blue Screen of Death to appear on a regular basis, IT support expert Paul Zdzitowiecki wrote in a LinkedIn post. Malware can also cause unusual network activity and diminish your hard drive space. Sudden changes to your hardware’s capabilities could be caused by malware. Perform comprehensive scans to determine whether malicious files are the cause, or if you’re simply dealing with a technical problem. Layered security methods can monitor and alert you in real time if any unusual activity occurs on your hardware, enabling you to address the problem quickly.

4. People Are Receiving Strange Message From Your Online Accounts

Once an attacker is in your system, they’ll try to get as much information as they can. The data they collect could be used to access your email and social media accounts to spread malware and continue their reign of infection. If friends, family or colleagues mention receiving a strange message from one of your accounts, it’s likely that you were hacked via a computer virus.

First, check your sent folder to see if the message was actually sent from your account. If so, log out immediately from your accounts on all devices, including any mobile devices as well as home and work computers. Next, you’ll want to change your passwords to something stronger and ensure that each password is different for every account. While this is a good first line of defense, it will also be essential to set up two-factor authentication. This will help deter unauthorized access and protect yourself from future hacks. 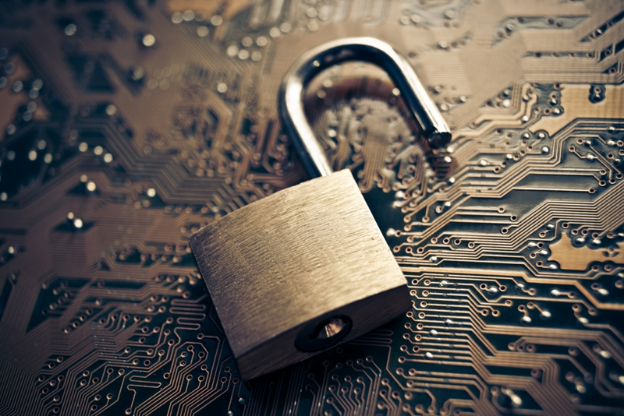 If your security systems have been disabled, it’s likely due to malware.

Not only are malware strains being designed to get around security defenses, some also have the capability to disable them. Without protection enabled, attacks can go on for longer periods of time, allowing hackers to cause more damage and compromise more information. If your antivirus or security solution doesn’t seem to work, try rebooting your computer, closing and opening the software and troubleshooting it. If these efforts don’t yield any answers, you likely have malware.

In the worst case scenario, you might have to manually remove the malware in order to restore your security measures. However, it’s important for business leaders to take a proactive approach to these situations to ensure that they don’t occur in the first place. Enhance your protection with multiple layer security. Application control can also govern accessibility to sensitive resources and ensure that safeguards remain active.

Malware is evolving at a breakneck pace, but there are still a few crucial signs that indicate that your computers could be infected. To learn more about how to detect and prevent malware, contact Faronics today.