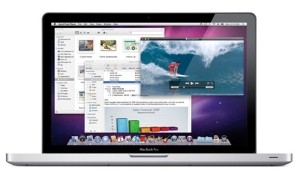 Macs have become a bigger target in recent years.

So it seems indisputable: Hackers and other cyber criminals have started to target Macs. It only makes sense, right? More users are starting to buy the computers, making them more attractive targets. You can even take this a step further, and say that Mac users are likely to have some cash in the bank, given how expensive the computers are. So no one should be too surprised that things like the Flashback virus are putting Mac users on guard. Instead of worrying about losing money or having to do a system restore and recovery once a Mac is hit, Dave Greenbaum recently penned a GigaOm article describing some top threats to Apples, and ways to avoid being a victim.

The first possible scam Greenbaum pointed out is the ransomware scare in the PC world that he believes could be moved over to the Mac.

“The malware could be installed via a download link coordinated with a phishing scam or really any file on the internet,” he said on GigaOm. “A simple Applescript application attached to an email may in fact be the attack vector. While the Finder will warn this is an executable, the user may ignore this warning. I expect to see lots of ‘removal tools’ or a Mac ‘antivirus’ that claims to remove some kind of malware, but suddenly hides your files and tells you that you are severely infected and need to pay for the full version of the product.”

Another scam could be something that Microsoft warned PC users about over the past year: Phone calls from so-called Apple representatives asking to gain access to different computers. This could be dangerous, as it seems to be a scam people fall for, and it could end up costing big money.

“Protecting against these social threats is difficult,” Greenbaum said. “My one piece of advice – besides having good backup habits – would be to be very careful to whom you give information, and about visiting websites that someone tells you to go to. If you download a file, heed the warning about an executable and download from websites you know and trust. If someone calls you over the phone, be cautious and before you do what they instruct, tell them you will call back.”

Greenbaum advised calling Apple support if you receive a phone call from someone claiming to work for the company.

He added that even when going to the Apple store, people should only let a representative who they had an appointment with touch their computer. This can prevent situations in which an outsider is playing with your computer and doing God-knows-what to it.

TechMediaNetwork said the Mac Flashback virus took three days to patch and infected more than a half-million Macs across the world. People need to take notice of this and take a layered security approach to their MacBooks and other Apple products now that the risk is clear and present. People should be checking to see if the Flashback virus was installed on their computer and start trying to get rid of it. After this, the news source said people need to bite the bullet and install an antivirus program to keep other bugs and malware off their Mac.

Greenbaum said in his column he doesn’t believe Apple is currently doing enough for customers as far as security is concerned, quoting a computer security expert who said Apple is 10 years behind Microsoft on security issues. Customers should keep this in mind when working with their Mac product. They may want to block applications like Java when necessary to increase safety.

Mac owners, have you had luck securing your computer so far? Are you worried about attacks from Flashback or other bugs in the near future? Let us know!