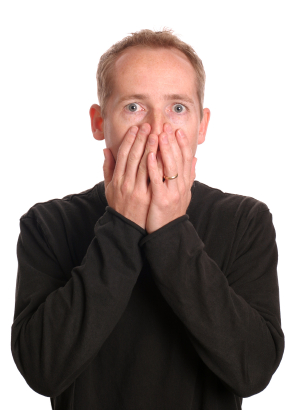 Tommy Jordan of North Carolina took his daughters laptop out into the yard, and shot 9 bullets into it. Why? Tommy’s daughter wrote a profanity-ridden Facebook status, ranting about the chores her parents make her do (for free!). He didn’t like it, so he took matters into his own hands. For those of you who want to know more, there’s a YouTube video – it’s gotten about 30 million hits so far.

His argument is that parents have a responsibility, as well as a right to know what their kids are doing online, and to regulate their activity. This was his way of letting his daughter know he didn’t agree with what she did, and he certainly got his point across. The video has gotten mixed reactions from people – some applaud him, and some believe he went to far.

I suppose the underlying issue here is privacy. Tommy doesn’t believe that children have the right to privacy when it comes to their online activity. He sees it as a parent’s responsibility to know what their child is doing and saying online, and with issues such as cyber-bullying, that seems understandable. Who knows how many lives could have been saved if someone had seen what was going on behind the computer screen. However, unless you want a call from Dr. Phil (who actually contacted Tommy), I don’t suggest you resort to your shotgun. Besides, I’m betting that after hearing this story, a stern talking to will be enough to make your kids listen!

Side-note: Child Services have visited the Jordan’s upon hearing about the incident, and they were happy to report that the Jordan’s are in fact a healthy, loving family.