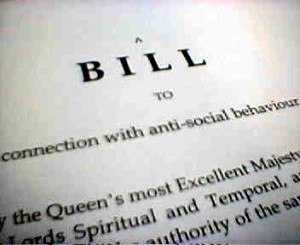 Most officials agree something needs to be done about cybersecurity, but they disagree on how much power governments should have.

The issue of cybersecurity has become more and more pressing, due to highly sophisticated malware and other online threats. Programs such as “Find and Call,” a malware app that made it into Apple’s app store, have shown that cybercriminals are becoming more sophisticated.

The Find and Call app was a significant problem because it was the first piece of malicious software that made it past Apple’s approval process. The program claimed to allow users to find phone numbers for their friends, using social media contact information. However, Find and Call secretly sent users’ phonebook information to the developer’s servers. After users were infected, their friends were sent advertisements for the app.

This and other high profile attacks have led governments around the world to focus on cybersecurity. The problem is that officials often can’t agree on how to handle the issue – imagine that, politicians can’t agree! One case in point is the U.S. government’s efforts to pass computer security related legislation.

The increasing importance of cybersecurity has led the U.S. Senate to begin work on legislation that is designed to enhance online security. However, disagreements over the details have stalled progress, according to a New American article. For example, the U.S. House of Representatives passed the Cyber Intelligence Sharing and Protect Act, which would allow businesses to share internet traffic information with the U.S. government, earlier this year. However, CISPA has received a great deal of criticism from industry experts and the media, including TIME writer Matt Peckham, who criticized the bill for being too vague. Peckham argues the vague language in the bill would violate privacy laws. President Obama has also threatened to veto the bill.

In response to CISPA and other proposed legislation, a group of privacy advocates designed the “Declaration of Internet Freedom,” which states, “We believe that a free and open Internet can bring about a better world. To keep the Internet free and open, we call on communities, industries and countries to recognize these principles. We believe that they will help to bring about more creativity, more innovation and more open societies.”

Supporters of the declaration include the American Civil Liberties Union, the Bill of Rights Defense Committee and Fight for the Future.

Despite the legislative controversies going on, the cybersecurity market in general is expected to do well in the next few years, according to a recent report by Advanced Technologies, “The Cyber-Security Market – Global Forecast & Trends (2012 – 2017).”

Do you think governments should be able to pass legislation that affects online security? Does legislation like CISPA take it too far?