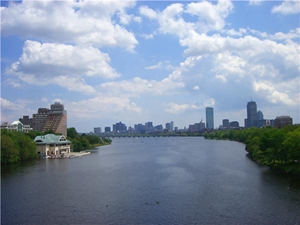 Cybercriminals have tried to profit from the Boston Marathon bombing by fraudulently soliciting donations.

Tragedy can bring out the best and worst in people. On the one hand, the United States saw an outpouring of support from other nations following the bombing that occurred at the Boston Marathon. In addition, numerous corporations and countless citizens have donated money to charities in support of the attack’s victims. On the other hand, several cybercriminals have crawled out of the woodwork looking to capitalize on that spirit of generosity and profit from those attempting to help others in need.

The FBI issued a notification warning the public that cybercriminals were using the tragic event to try and scam internet users with malware. Some instances simply involved fraudulent links to purported news sites covering the bombing. When users clicked on them, however, they were taken to compromised sites rife with malware. In more insidious cases, cybercriminals posed as official organizations representing the Boston Marathon and attempted to solicit donations from members of social media sites.

The FBI recommended that internet users take several precautions to avoid scams such as these:

Precautionary internet surfing practices are a good safeguard against cybercriminals, but users should take steps beyond that as well. People cannot be expected to be alert to the threat of hackers and data thieves at all times. That is why quality application control or whitelisting tools can be major resources for any internet user. If a malware program attempts to launch on a computer, whitelisting software will recognize it as an unauthorized application and block it. With these tools, people can be assured that unidentified malware cannot run on their systems.