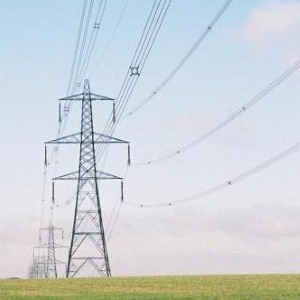 Utilities turn to computer systems to keep everything going, but as it turns out many power companies are not taking the steps necessary to protect the electrical grid from cyber threats.

It is something that we rely every day but hardly notice, from making toast in the morning to powering up a computer at the end of the day. Yet, its continued success is not something that is considered until catastrophic failure happens. It is the power grid, and having a constant supply of electricity is an afterthought until power outages occur and everyone is left in the dark.

Utilities turn to computer systems to keep everything going, but as it turns out many power companies are not taking the steps necessary to protect the electrical grid from cyber threats. Even as companies are taking a more proactive approach to cyber security – Greentech Media Research predicted the market for cybersecurity products for grid operators to grow by more than $117 million between 2011 and 2015 – the sophistication and advancement of malware aimed at taking the grid down is staggering. Greentech Media reported that advanced persistent threats (APTs) change about every day and within a week about 98 percent of them are considered unrecognizable to antivirus solutions and similar detection mechanisms.

According to industry experts, most attacks take on previously unseen forms and target new loopholes in security. In addition, more traditional cyber thieves are teaming up with so-called hacktivist groups to share information and launch attacks, GTM reported.

“The gap between existing systems and smart grid futures is alarmingly large,” said Chet Geschickter, a GTM Research Senior Analyst. “The need for utilities to adopt robust enterprise technology is urgent. Point-to-point integration between legacy systems is a smart grid dead-end; the industry needs to back up and renovate its IT foundation before moving forward with building the smart grid.”

How to protect the power grid

For utility companies, cyber security boils down to balancing the costs of testing its systems for vulnerabilities and then implementing a thorough solution, versus the costs of having a system failure and then replacing destroyed equipment, according to a December 2011 GTM article.

For example, GTM reported that one power company in Southern California audited its system and within a day major security loopholes with remote terminal units (RTUs) were discovered. While it was less expensive for the power company to install the bare minimum of security software to protect the RTUs, a cyber attack would render them useless and require the utility to spend thousands on replacement units. Instead of considering only the bottom line during installation, cyber security experts said the systems should be built to thwart all possible threats.

One possible solution for utilities to consider is full application control. As opposed to anti-virus software that seeks to block applications that are known to be a threat, application control software can block all new programs even if it has not been identified as a threat in the past. This can prove beneficial considering the rapid proliferation of previously unseen malware.

Even if utility companies have failed to understand and guard against the threats to their systems, they may be forced to implement tougher security solutions. According to The Hill, the Obama administration may soon issue an executive order concerning cyber security and companies that operate critical infrastructure like the electric grid. Should the executive order be issued, companies would be asked to adhere to a set of cyber security best practices developed in part by the government.

“An executive order is one of a number of measures we’re considering as we look to implement the president’s direction to do absolutely everything we can to better protect our nation against today’s cyberthreats,” said White House spokeswoman Caitlin Hayden, according to The Hill.

What layered security measures can utility companies adopt to block malware and other cyber threats? Leave your comments below to let us know what you think!