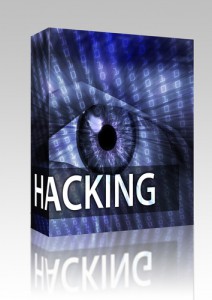 Articles on security software usually cast hackers in the role of pantomime villain, out for themselves and out for the money. But the word is out that some of them could be rebels with a cause. Hacktivists seem to be popping up increasingly often and flexing their muscles against big business and governments. At the same time, some governments are increasingly suspected of indulging in a little politically motivated hacking themselves. Do we need to care?

It can be hard to know what to think. Whether or not you like a particular hacking group’s actions probably depends on whether you like their cause. Remember when Nelson Mandela was a terrorist, rather than a freedom fighter? Perspective is everything when it comes to politics. One thing is for sure though, hacktivism is not going away. This has been demonstrated clearly in recent events, as US banks’ websites  were subject to denial of service attacks by an army of volunteer hackers angry about an anti-Islamic film made in America. In this instance, as with many others, hacktivists chose to try to take their revenge by attacking western banks. That might seem like a slightly clumsy revenge – and it is – but it is no more so than the legions of protestors on the streets trying to do the same thing, and achieving far less.

Could this kind of hacktivism affect you? Perhaps only slightly if your bank website was down for a time when you wanted to use it. It could be, though, that this kind of attack is just the thin end of a wedge, in which hackers could look not just to flex muscles, but to cause serious damage involving government and military installations.

There is little, if anything, that individuals could do to protect themselves against such an attack (although sensible security practices, strong anti-virus protection and data back-up can’t hurt). The fact is that we are living in a digital age, and so it is likely that digital attacks will become as important as physical ones. Surprisingly, that could even be a good thing if the choice were simply between hacking and guns.