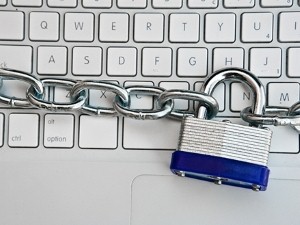 Layered security should be used to fight against popular viruses and malware, like the dreaded Conficker.

Layered security is important for any computer or network, but it becomes especially important once you realize just how stubborn some viruses are. InformationWeek said one virus, the Conficker, is “obstinate” and has continued to survive and thrive in corporate networks across the world.

The Microsoft Security Intelligence report from the fourth quarter of 2011 said Conficker and its variants have launched 59 million attacks against 1.7 million unique PCs.! Most viruses go after average users, such as home computers, but this virus is known for going after “domain-joined computers,” according to the report. One reason the virus has stuck around so long, according to InformationWeek, is that it was built to “topple business networks.”

“Conficker is designed to persist. All of the worm’s payload traffic is encrypted, making infections difficult to spot,” the news source said. “The worm can also disable many types of free antivirus software as well as Microsoft Windows Update, thereby disabling automatic security updates. That not only buys the worm time to spread, but can provide a toehold for other malicious software, thus compounding businesses’ security problems.”

Other reasons this virus has seen so much success over the past few years, according to InformationWeek, is because it spreads via Autorun, which businesses might want to disable. The virus also thrives on weak passwords and it can remain dormant within computers and networks.

Layered security is so important for viruses like this because it has so many ways it can attack, so businesses need to have a solution that creates multiple defenses.

Has the news about Conficker in the past few years affected your approach to security? Let us know in the comments!