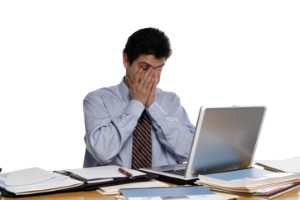 From April to June, about 25 percent of computers in Canada and about 30 percent of U.S. computers had malware on them, according to a newly released report.

This year, layered security measures for effectively protected your computer have been more important than ever. That is because from April to June, about 25 percent of computers in Canada and about 30 percent of U.S. computers had malware on them, according to a newly released report.

The report found that infection rates among countries in the Organization for Economic Cooperation varied, from South Korea at the high end with a 57.3 percent infection rate to Switzerland at the bottom with 18.4 percent of computers infected by malware. The average country had about 31.6 percent of its computers infected during the three-month period, InfoWorld reported.

“In general – and perhaps not too surprisingly – the most technologically developed nations tended to have the lowest percentage of malware infections,” Ted Samson wrote in the August 8 InfoWorld article.

In addition, the report looked at the type of malware most commonly found. From April to June, 76 percent of malware infections were Trojan infections, while 6.7 percent were worms and just 5.8 percent were from adware, according to InfoWorld.

One of the types of Trojans to become more common during this period were Police Viruses. These infections are known as ransomware, as they instruct users to pay a fine or risk being charged by law enforcement officials. In particular, InfoWorld said, was a rise in Police Virus attacks targeting webcams.

The “new variant of the Police Virus [is] designed to trick victims into believing they are being watched and video-recorded through their PC’s web cam by law enforcement agents,” Samson wrote. “Users get a similar warning screen, telling them local law enforcement has detected illegal activities or content on their machines, but the warning screen also informs victims they are being monitored via web cam.”

What do you think about this news? How do you block applications like the Police Virus from targeting your computer?