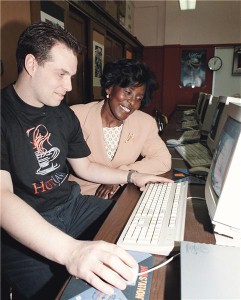 Big Data could help in the fight against malware online.

While malware has been around for years, the pattern of how a piece of malware makes it way through networks has remained mysterious. People can whitelist and block applications but deeper security measures have been hampered by lack of information when it comes to malware… until now. IDG News Services is reporting that Big Data could be a key to analyzing malware’s movements in an effort to stop it. Dave Miller, CEO of Sentry Metrics, a Toronto-based security consultantcy, said many vendors are starting to use Big Data to see where malware is coming from and how to better fight it.

“You’re seeing more data collection happening at the network level, where you’re trying to use a lot of information from a security point that we didn’t used to be able to use,” Miller told the news source.

Miller told IDG that one company he works with has started to view malware as a “Big Data problem.” The company developed a new program that looks at malware signatures and patterns to see what it looks like across the world. This also gives companies history lessons, showing how malware response could have been improved. If your company has ever been hit by malware, you’ve probably said, “If only…” Now security providers can get a global look at what could have stopped malware, if only.

Rob Gillen, research scientist at the Energy Department’s Oak Ridge National Laboratory in Tennessee, told GCN that most security tools may be good at generating alerts, but providing intelligence so businesses can form a plan and fight against malware before it strikes is a big goal for the future.

What has your company done to prepare itself for malware? Did you have to learn the hard way, after an incident occurred?