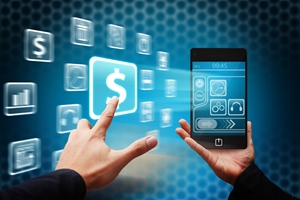 We love our phones. With 6 billion mobile subscriptions worldwide, of course we do! Take your pick—iPhones, Androids, BlackBerries or all those other gadgets that let us call, text, tweet and play. Think we’re alone now? We’re not. The countries with the highest number of mobile users are developing nations. Does that surprise you? Countries like China and India each boast about 1 billion users. In Africa, mobile phone use is growing by leaps and bounds, with more than 700 million SIM cards currently in use. Analysts are predicting a huge spike in the coming years. What’s being done about that?

Well some companies looked at these numbers and saw they could use mobile devices to do a lot more than make calls or send emails. They could do more, like help developing nations deal with education, economic, health and other important issues.

7 apps that make a difference

Dozens of start-ups have developed apps to improve the lives of small and large communities by giving them access to various resources:

The United Nations just launched an app of its own, called mPowering Action. It’s part of a 5 year initiative to help young people access education, jobs and health info through their mobile devices. Who wouldn’t like that? The initiative aims to educate kids and teens by playing on their own terms. Users can play original music, share stories, learn about non-profits close to them, and volunteer.

“We want to ask them what they care about instead of telling them what to care about,” Jeff Martin, CEO of Tribal Brands Inc. said. “The second part of the experience is to unite them with people they wouldn’t have known about who have the same story, so they recognize they aren’t alone.”

What do you think of these apps? If the rest of the world is putting mobile first, where do we stand? What would you like to see in your own community? Share your thoughts below or by posting on our Facebook page!