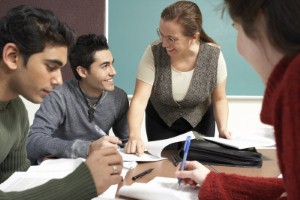 Kids who should be worrying about math class may have to worry about money being subtracted from their funds.

Oof. It happened again at the University of North Florida, where the records of 23,246 students were compromised after a server was breached. This was confidential information, too, the stuff that hackers want to really get at, like Social Security numbers. Having one breach for the year is bad enough, but this is No. 2 for UNF. The situation at this school should be a warning to other organizations, as two data loss events can be a death blow for many businesses.

“When we first started to suspect someone who was not authorized had gotten into the database, we immediately began investigating,” UNF spokeswoman Sharon Ashton said in a statement. “At the same time, we moved the information off that server and put it on a different server, and put additional security measures in place. … We don’t have any evidence that any information, or that anything, was copied from the files, but it is a possibility.”

While that may be comforting for some, we’re sure many students are still worried they will have to protect their bank accounts and are on edge about the information that may have been accessed. The affected students had UNF housing contracts between 1997 and 2011, and the hacking could have happened as long as year ago. The school has offered free credit monitoring for impacted students.

“This is the second breach to impact the university in two years,” according to SC Magazine. “In September 2010, an unauthorized individual outside of the United States gained access to a school computer server. A sensitive file on the server contained the personal information of nearly 107,000 UNF students and others who have expressed interest in the college. The information was collected during the recruitment and application process.”

No business or university wants to be the victim in a situation like this, so measures must be taken to make sure data and devices stay secure. Do you trust your school or workplace to use strong, layered security keep your personal information safe? Let us know!