Products:
By Resources:
CASE STUDY
Faronics Anti-Executable & Deep Freeze and the Los Angeles Police Department
"Deep Freeze and Anti-Executable are crucial to preserving an image determined for mission critical law enforcement systems used 24×7 to ensure reliability and security with minimal downtime and with the least reliance on IT personnel."
- Chief Tim Riley, CIO and Bureau Chief of the LAPD’s
Challenges Faced

The Los Angeles Police Department (LAPD) is the third largest local law enforcement agency in the United States. The LAPD patrol cars are setup with Mobile Data Computers (MDCs). There are currently 2053 patrol cars equipped with MDCs that run Windows XP. The MDCs provide access to a critical application called CAD (computer aided dispatch), which is used to connect the patrol officer with the 911 operators. The department was looking for ways to lockdown the MDCs to prevent officers from downloading applications or making configuration changes to the operating system, which could cause degraded system performance and impact the integrity of the application.

The LAPD decided to deploy Faronics Deep Freeze, an instant system restore solution that restores the MDC to its original configuration with a simple restart. To lockdown computers and ensure officers focus on their patrol duties only, the LAPD implemented Faronics Anti-Executable. As a security solution, Anti-Executable allows the LAPD to restrict any unauthorized applications and malicious executable files from installing and running on the MDC. Deep Freeze and Anti-Executable ensured mission critical system uptime, prevented malicious attacks on MDCs and kept the patrol officers from becoming distracted by unwanted applications. 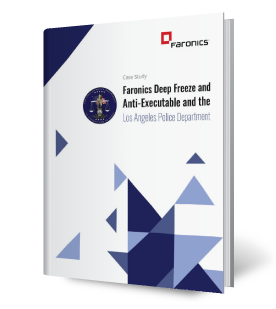 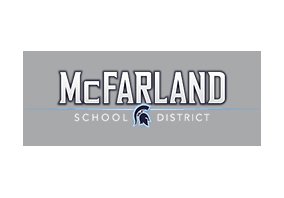