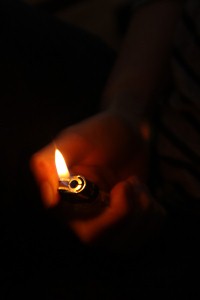 MiniFlame is a sophisticated piece of international malware.

The classic image of the mustached and top-hat wearing spy may be behind us as the information age continues to change all facets of modern living. A new highly sophisticated piece of malware has been discovered and its capabilities rival those of the best international spies.

A CSO article noted that the a piece of malware known as miniFlame was recently discovered. The article reported that miniFlame is “a small, fully functional espionage module designed for data theft and direct access to infected systems.”

MiniFlame is reported to work in tandem with other pieces of malware. Cyber criminals used Flame and Gauss, two cyber espionage programs discovered earlier this year, to determine if systems possessed valuable information. After determining which targets were valuable, the hackers deployed miniFlame to systems for the purposes of surveillance and monitoring.

The article noted that miniFlame has existed since 2007 and likely has dozens of variations, though only six have been discovered. In addition, while Flame and Gauss are thought to have infected approximately 10,000 systems, miniFlame has only been detected in a few dozen systems, with variants being found in Lebanon, Palestine, Iran, Kuwait and Quatar. CSO columnist Antone Gonsalves speculated that the limited geographic distribution of miniFlame showcases that it is designed for more precise attacks.

The CSO article also noted that Flame and Gauss are related to the previously discovered malware variants Stuxnet and Duqu. In addition, it stated Stuxnet was developed as part of a secret collaborative operation carried out by the United States and Israel.

An InformationWeek article raised a significant concern with regard to the fact that nation-states continue to develop cyber espionage capabilities. Specifically, the article noted that cyber criminals could also benefit from the level of sophistication exhibited by state-developed malware.

Do you think that government-developed malware could fall into the wrong hands?