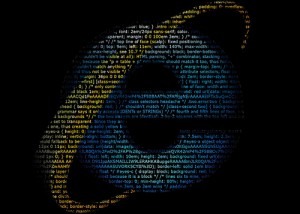 That’s right. If you’re an Internet Explorer user you don’t have to be the laughing stock of the office anymore!  You can laugh back at everyone else who made fun of you!

This latest phenomenon is another internet hoax. Last week media around the world was quick to publicize research done by a Vancouver-based firm called ApTiquant. The research claimed that people using any version of Internet Explorer reported lower IQs than those who opted to use Firefox, Chrome or Safari. Unlike Facebook scams that try to lure you into registering for a prize, this internet hoax posed as a credible source of information in an attempt to make you think twice about using Internet Explorer.

The reasoning was that people with lower IQs are resistant to change or that they don’t upgrade their browsers. Seems straight forward enough, who wouldn’t believe that?

Well many people doubted the claim and further investigation revealed that ApTiquant had only been around for a month. Images on their website had also been copied from a French research firm named Central Test—a company that denies any sort of ties with ApTiquant.

CNET has posted an update to this emerging story citing that the author of this hoax has come forward, saying he was specifically targeting IE6.

“While working on my latest Web site, IE6 compatibility was being a pain in the ass. So I thought of doing this, with a hope that this would knock off a few people from IE6,” Canadian-based Tarandeep Singh Gill, founder of AtCheap.com

IE users can rest easy, knowing your intelligence level is unchallenged. For those of you who bought the story, don’t feel too bad. Internet hoaxes happen all the time. It almost fooled me – but I have been an advocate against IE6 for awhile.